My brief, inglorious tenure with the Reserves has left a bruise.  Although it’s been four years since my departure from active duty, re-affiliation was always part of the plan.  Now I am quite suddenly forced to psychologically separate myself from the Navy.

I've been wandering through Corporate America in sheep’s clothing; completely un-bothered that I have zero in common with most people around me.  My primary reference points are other veterans and a good chunk of my social calendar is spent with old Squadron-mates.

With it clear that military life is forever behind me – that identity is no longer a healthy one.  I am at great risk of becoming one of ”those” guys; enamored with the adventures and exploits of my twenties, expecting all others to be equally enthralled.  This is not an acceptable outcome.

Unlike the Military, the corporate world does not provide a standard-issue psychological construct; or at least, not one that I find appealing.  Smiley corporate guy is not someone I aspire to be, although I do admire his enthusiasm.

Fatherhood, to which I am still relatively new, lends itself quite well to a variety of Ethos – some of which I could probably get behind but would require some self-censorship. Many base elements of my personality are not family-friendly and I’m worried how they might manifest themselves if not allowed exercise.

Still, this is mostly manageable; father-self is pretty well aligned with regular-self.  Work-self, however, diverges wildly from both.

In the ready room my behavior required no modifications.  In cubicle-land, I really need to lock it up.  This results in my being very quiet most of the time.  Sometimes, I think everyone else is engaged in a similar masquerade but I’m not sure.  Perhaps they've adjusted to their habitat after all those years in the cube.

I don’t think they covered this in TAPS. 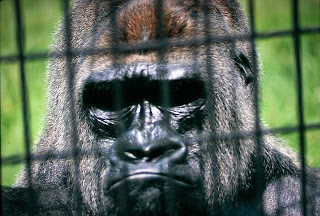